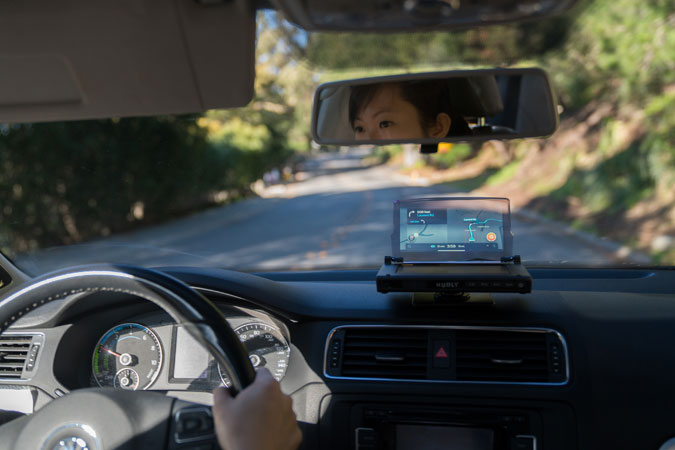 Q. I purchased the VicTsing Bluetooth adapter you recently recommended and it felt great to bring my older car into the 21st century. Are there any other products you have tested that can add safety features to my car, like blind spot warning?

A. I have not tested any aftermarket blind spot warning systems, but I did try a product called Hudly Classic ($299) that allows you to add a head-up display to any vehicle. A head-up display projects information on your car’s windshield (or on to a display on the windshield) allowing you to get remaining fuel speed and navigation information without diverting your eyes from the road. Hudly works with smartphone apps like Waze and Google Maps, and is compatible with iPhones and Android phones that support MHL.

The Hudly unit has some weight to it, but mounting it does not present much of a challenge. It is powered by an ordinary power socket or the car’s OBD2 port. If you try Hudly and like it, I would suggest finding a car stereo shop to connect it to the car’s OBD2 port and hide the wires, making for a cleaner, more permanent installation.

Hudly is fun, useful and works well. Customers are raving about it also, so apparently it has found a niche to fill. The success of Hudly has led the manufacturer to introduce new versions such as Hudly Wireless for $219 and Hudly Lite, which is only $59. gethudly.com 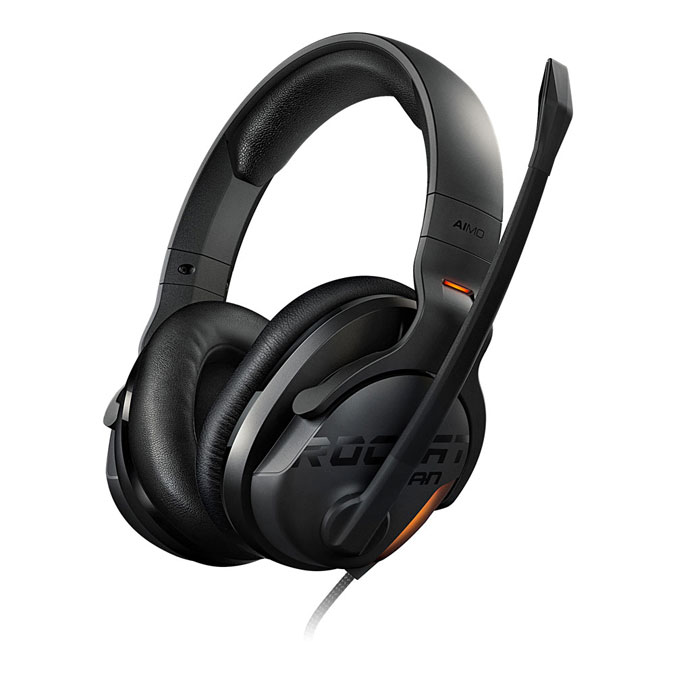 ROCCAT Kahn AIMO 7.1 High Resolution RGB gaming headset: Lately I have had a few requests for affordable gaming headset recommendations, and the ROCCAT Khan AIMO fits the bill. I enlisted the help of a J.D., a friend who is an avid gamer, to assist me in the evaluation. The only PC application I have for testing gaming headsets is a dedicated flight simulator, which does not give the headphones a chance to show everything they can do.

The headset is lightweight and comfortable, though the light weight keeps them from having a totally solid feel. The braided USB cord feels strong and flexible. The mic mutes when you flip it into an upright position, and the headphones have a built-in sound card which creates virtual 7.1 surround sound. Having a built-in sound card adds to the value equation and eliminates the need to buy another piece of hardware.

J.D. had this to say about their performance: “I used the headphones for a few hours with two of the top first person shooter (FPS) games, Fortnite and Playerunknown’s Battlegrounds. The main things these headphones do well is allow you to pinpoint where a shot or sound is coming from via the 7.1 virtual surround. That is arguably the most important thing in any FPS, and the Khan AIMO does an admirable job. The ROCCAT Swarm software provides an equalizer with presets for different genres. When selecting “FPS” in the settings I could notice a difference. The ambient noise in the game was reduced, and the sounds that matter like gunshots and player movement were clearer and easier to pick up. I noticed no discomfort during a 6 hour session of play and like any good headset, once you are engaged in the game it’s hard to even tell you have a headset on.”

The headphones are a great value at $100 to $120 street price, and J.D. said you would have to spend $200 or more to get a noticeable improvement in sound quality.