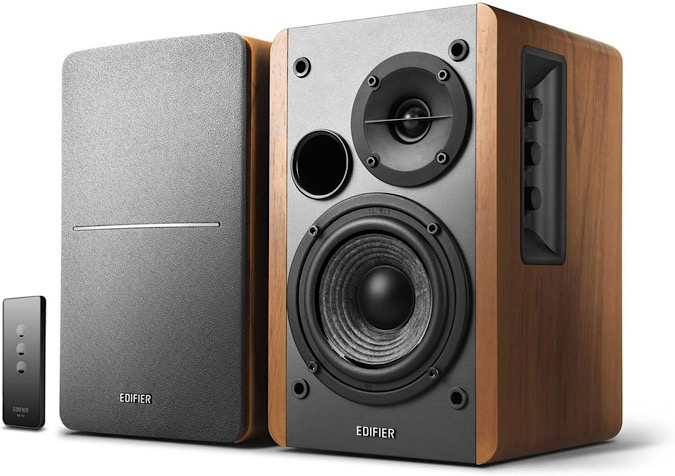 Q. A few years ago I contacted you about upgrading my stereo system. Everything you recommended is working great and I am very happy, so now I am contacting you again for desktop computer speaker suggestions. My estimated budget is $100 to $300. Do you have any specific recommendations?

A. If you want something very small, consider the HiVi Swan H2 from The Audio Insider. The H2 would be your simplest and most compact choice, with each speaker holding a single full-range driver in an attractive aluminum shell. At $99 (currently reduced from $199) they are an enticing value as well. You can see them at the Audio Insider tab at chanemusiccinema.com

The best computer speakers tend to be powered bookshelf speakers of diminutive size. The brand Edifier has become synonymous with powered speakers, and at only $99 the Edifier R1280T rates as a top buy for its value, versatility and sound quality. It has two audio inputs so you can use it with two components (for example, a CD player or turntable as well as a computer) and a version with Bluetooth, the R1280DB, is available for $129. If you choose Edifier and plan on using your speakers with a phone or tablet, the R1280DB is the model I recommend.

The $249 Kanto Yu is my top recommendation under $300. These powered desktop speakers have an input for a computer (or other component) as well as built-in Bluetooth and a multifunction remote control. Like the Edifier R1280T, they resemble smallish bookshelf speakers. The Yu excels with all types of music, and purchasers will be rewarded with accurate, enticing sound from a product that has been embraced by music lovers and audio enthusiasts. There is a connection for an external powered subwoofer, but unless the room is very large you won’t need one. Far more than a computer speaker, the Yu also make a great foundation for a dorm room or office system when paired with a CD player or turntable.

My favorite computer speaker system of all time is the Definitive Technology Incline. They were discontinued a few years ago, but occasionally they pop up on eBay for between $200 and $300. Resembling a pair of miniature monoliths from the film “2001: A Space Odyssey,” the Incline combines the small footprint of a computer speaker with the solid, full sound of a much bigger box speaker like the Kanto Yu. The Inclines are dipole speakers that radiate from both front and back to create a spacious, enveloping soundfield of the highest quality, and you can connect them via USB to take advantage of their internal digital-to-analog converter, which takes the sound up another few notches. I told reader Scott L. about them last year and he purchased a used pair on eBay. He later wrote to me saying, “They are amazing… the total effect is simply stunning.” I myself have a pair of Inclines connected to my Mac Pro, and I am never letting them go!

Q. I read your recent column that recommended using a phone or tablet to transmit a SiriusXM signal to a Bluetooth receiver connected to a stereo. Isn’t audio quality lost when you use a Bluetooth connection instead of Wi-Fi?

A. That would be the case for high resolution streaming services, but SiriusXM radio is heavily compressed and within the ability of Bluetooth to transmit and play it without loss.