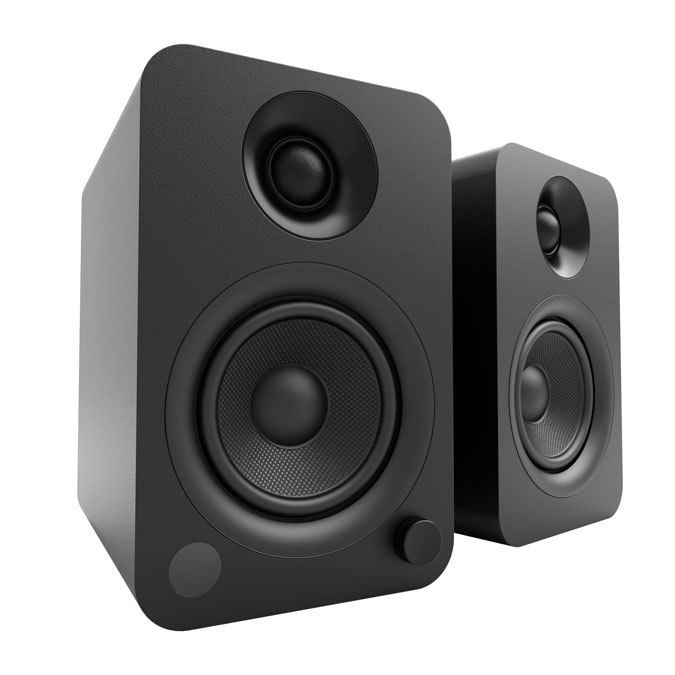 Q. I have $500 to put together a system for my son to play vinyl records and stream music from his phone, playing in his 12×14 foot bedroom now and eventually a dorm room. I am torn between powered speakers and a receiver with bookshelf speakers. I figure I can get a nicer turntable if I get powered speakers instead of separate components, and it would be easier to cart off to college, too. What do you recommend for us?

A. I usually prefer a receiver and speakers, but the paucity of quality stereo receivers under $200, as well as an exceptional powered speaker find has me leaning towards the latter.

I strongly recommend the Kanto Yu powered Bluetooth speakers for your system. I reviewed them a month ago and found them to be one of the very best small powered speakers I have ever heard. The sound has an unmistakable high-end quality to it, with a wide tonal range, surprisingly deep bass and that certain something that has you going through all the songs on your phone or tablet to hear how good they are going to sound. They have an auxiliary input, as well as a subwoofer output so you can use them with a separate powered subwoofer in a bigger room. They Kanto Yu powered speakers come with a remote and sell for $249.

Add a Fluance RT-81 turntable with built-in phono preamp for $249 (fluance.com) and you have a $500 system with style and sound.

Q. I saved your recommendations from August 27, 2017 to buy an audio CD player that converts CD music to MP3 and records it directly to a flash drive. You suggested the Teac CD-P650 with a 64GB flash drive to get started. My new car does not have a CD player and with sheltering in place, I have extra time and would like to do this. Is the Teac CD-P650 still what you would still recommend?

A. For readers who missed the earlier column, in August of 2017 I answered a question from a reader who purchased a new car that did not have a CD player, but did have a USB input. I suggested he buy the $179 Teac CD-P650 CD player to transfer the music on his CDs to a flash drive, which can then be used in the car to play the music. The CD-P650 makes it easy. Just put in the CD, insert the flash drive in the USB port, and a few button presses transfers the music from CD to flash drive.

I do still recommend the Teac CD-P650 and am delighted it is still available three years later. High quality home audio CD players are becoming less and less common, especially for under $200. You can still use a DVD player of Blu-ray player to play your CDs, but they tend to lack front displays and other useful features.

Given the increasing rarity of home CD players, I suggest you get the CD-P650 sooner rather than later. One never knows what the future holds, and I have seen similar models from other manufacturers discontinued over the last year. audio.teac.com

Good news about the Technics EAH-AZ70W earphones: last week I wrote about Technics’ exceptional EAH-AZ70W earphones, considering them a bargain at $279. The confidential press briefing information I received listed a price of $279. The actual release price of the earphones is $249, which is good news for anyone interested in purchasing them. The $249 price was honored on Amazon from the first day of preorders. See the earphones at technics.com. 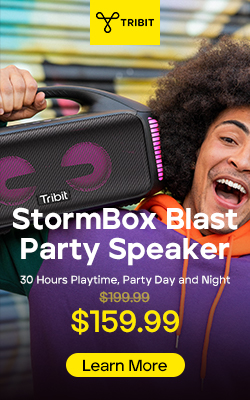