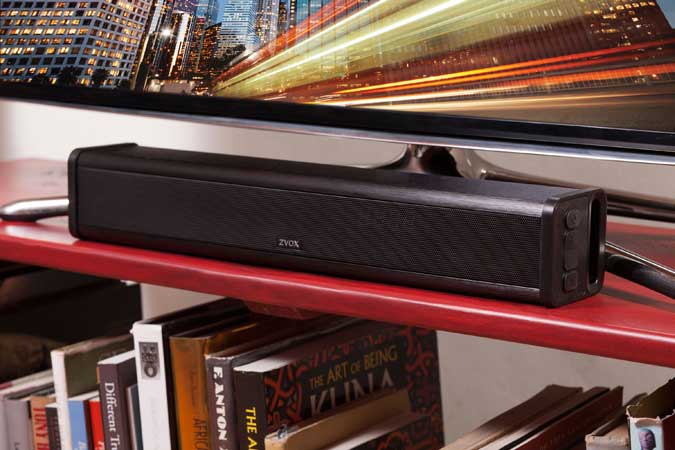 Q. My 94-year-old mother-in-law can only hear out of her right ear, and only with a hearing aid. Can you recommend a Bluetooth speaker that can connect to her TV, a speaker that doesn’t mute the TV sound for others in the room when it is connected? It would be located on a table next to her chair where she watches TV. We tried a few soundbars and they did not help her, though everyone else enjoyed the improved sound. Headphones aren’t an option because she says they mess up her hair!

A. For some reason lots of television sound and soundbar questions are coming in again. Yours presents an interesting angle that will allow me to discuss not only soundbars, but using a speaker remotely from the television.

When you ask for a “Bluetooth speaker” you are probably using the term generically for a wireless speaker. Bluetooth does not work well for television applications because you almost always end up with lip sync problems. If your mother-in-law’s eyes are as bad as her hearing it probably won’t bother her, but it is likely to drive everyone else in the room crazy. Since you discovered that connecting a soundbar or speaker to the television’s headphone jack mutes the TV speakers, you need a solution that will allow everyone in the room to hear the television while transmitting a lag-free signal to her remote speaker. I have an elegant solution that up until now has only been shared with readers through email, so if you are one of the many people vexed with poor television sound, pay attention as you are going to like what you are going to read.

I wrote about many topics last year, but the columns about the ZVOX AccuVoice AV200 TV Speaker generated by far the most reader feedback and visitors to my website. This compact soundbar is specially designed to lift the dialogue out of television soundtracks, making it much easier for everyone to hear and understand. This may be enough to solve your mother-in-law’s problem without the remote speaker. The AccuVoice AV200 TV Speaker is normally $249, but under a special new ZVOX promotion you can buy it for $179, the lowest price ever. The promotion just started and runs until June 17th, which happens to be Father’s Day. This gives everyone plenty of time to buy them for moms and dads alike.

One ZVOX AV200 feature I have not discussed before is its 3.5mm output jack. You can connect the AV200 to the TV’s optical output then connect something else to the speaker’s 3.5mm output and it will not mute the sound. What you want for the wireless speaker is one with radio frequency (RF) transmission because it will not exhibit the lip sync issues of a Bluetooth speaker. The RF speaker will come with a tiny transmitter you plug in to the 3.5mm jack. You can then place the speaker on the table next to your mother-in-law’s chair.

RF speakers are pretty uncommon, but not nonexistent. For your application I recommend the Serene Innovations TV-SB Portable Wireless TV Soundbox, which lists for $179 and sells for around $155 online. It has its own volume control and is easy to set up.

With a ZVOX AccuVoice AV200 TV Speaker connected to the TV via the optical connection, and the TV-SB speaker next to your mother-in-law, everyone in the room should be very happy. Good luck!