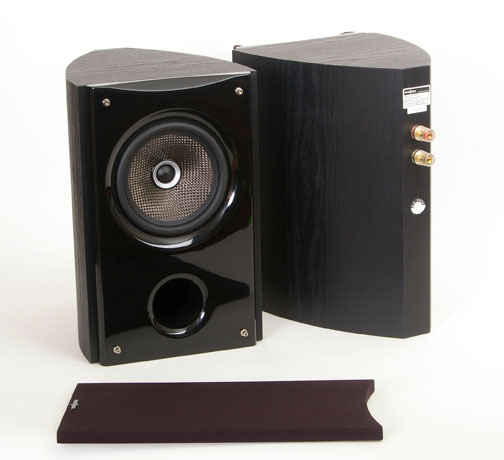 Given my recent post in which I mentioned the Insignia NS-B2111 speakers from years ago, I thought readers might enjoy this look back in time to my original review.  This is from my legacy soundadviceblog.com site.

It started when my friend Kenny pulled a speaker out of the back seat of his Subaru. It was a nicely finished bookshelf speaker with a curved cabinet finished in black wood. The front face was piano-black and held a carbon fiber 6.5 inch woofer. A soft-dome tweeter was mounted coaxially in the woofer, like a car speaker or one of the KEF speakers from Britain. The tag on the grill said INSIGNIA.

“You heard about these Insignia speakers?” he asked. “”Only fifty bucks a pair at Best Buy… Insignia is their house brand. They sound really good, and when you consider the price it is unbelievable. People are talking about them all over the audiophile web forums. Some people are modifying them to improve the sound further. I used dampening material in mine to cut down on cabinet resonance.”

Though I haunt the web forums myself, I somehow missed the buzz on these speakers. I gave them a quick once-over and replied, “I’ll have to come over and give them a listen sometime.” I have to admit that though he has great gear and good taste, I could not imagine any $50 per pair speakers being worthwhile. After all, the speakers are the most important part of the sound system, and where most of the budget should be spent. For example, if you had $1,000 for speakers and a receiver, I would recommend $700 for the speakers and $300 for the receiver. Speakers that are considered audiophile quality start at around $200 per pair for the Paradigm Atom, a small speaker with good sound but not much bass, making a subwoofer almost a necessity. A speaker with solid bass as well as good sound typically costs a few hundred more than the $200 Atoms.

I forgot about the Insignias until I found an unused Best Buy gift card in a desk drawer. I decided to use it to buy a pair to see what my friend was raving about, and hopefully report some good news to my readers. 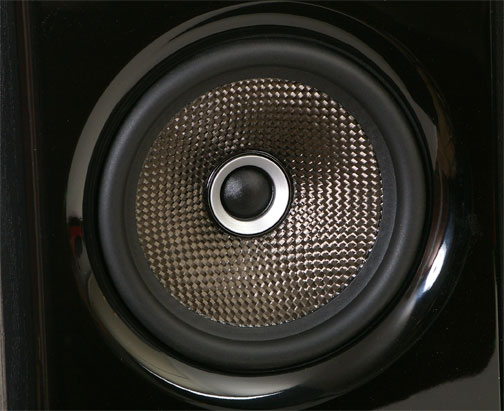 It is good news, indeed. When I cued my first LP and heard the music begin playing, I immediately knew my friend was not exaggerating. These speakers sound great! Running through my favorite LPs, CDs, and DVDs continued to tell the tale. Tthe NS-B2111s have the archetypical “good sound” that satisfies. Specifically, there are crisp and clean with a touch of midrange warmth, and solid, satisfying bass response… the kind of bass response typically found in $400+ bookshelf speakers.

They have their flaws, as any inexpensive speaker will. They are slightly bright sounding, but not objectionably so, could have a little more fullness and detail, specifically in the midrange, which sounds slightly recessed. I can see why my friend stiffened the cabinets- if you play them too loudly you can hear the cabinets resonate and alter the sound. At moderate to moderately loud listening levels they are fine. 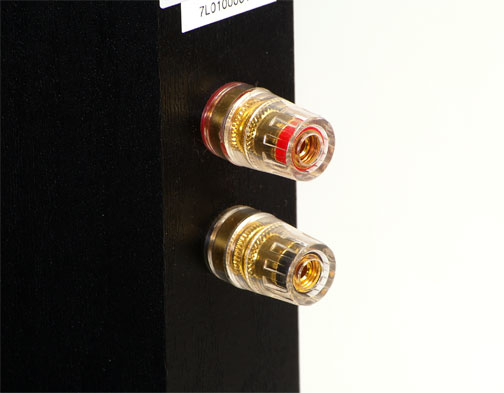 A back to back listen with a friend’s Axiom Audio speakers drove home the point that the NS-B2111s don’t sound as full and refined as a top-grade $300 per pair speaker. The Insignias also don’t draw you into the music quite the way a really topnotch speaker will. Without a direct comparison, though, you probably wouldn’t feel you are missing anything. Plainly put, these speakers sound good, good enough to satisfy without putting the $50 qualifier on them. When you add the $50 qualifier you pinch yourself and say, “Fifty dollars? No way! How did they do that?”

Having such sound quality available for $50 per pair is exciting and definitely changes the dynamics of system building. If you have other priorities it is no longer necessary to sacrifice decent sound. For example, say a bigger television is more important to you than sound quality. You wanted the 60 inch HDTV instead of the 50 inch model, but can’t afford it because you had $1,000 budgeted for a surround sound speaker system. You could get three pairs of NS-B2111s for $150 and devote the $850 you saved towards the bigger TV.

Those looking to get the best sound out of their record collection could get a $50 pair of Insignias and a $950 turntable rather than $400 speakers and a $600 turntable. (If your system is used primarily for playing LPs, you want to invest as much as possible on the turntable setup.) For a killer budget system, a pair of NS-B2111s combined with a $99 refurbished Onkyo stereo receiver would be very hard, if not impossible to beat for under $150 total.

Note that the NS-B2111s are not magnetically shielded, so if you are using one as a center channel with a tube TV you will need to place it at a distance from the set to avoid damaging the picture tube. You could also use phantom mode on the reciever and avoid using a center channel altogether. Plasma, LCD, DLP, and SXRD/LCoS- based sets are unaffected.

If you have a healthy speaker budget, I encourage you to invest in speakers from a specialty manufacturer. Your investment will bring you more refined, better quality sound that will bring you enjoyment for many years, possibly decades. On the other hand, if you are building a budget system for yourself or a friend, looking to add a pair of speakers to an additional room, or improving the sound of your Home-Theater-In-A-Box system, the Insignias may be just the ticket. For $50 it is worth it to take them home and try them. You may be as surprised as I was, and fully satisfied with your purchase.

A word of caution- This positive review and hearty endorsement is not a blanket recommendation of the Insignia brand, which has a wide variety of offerings from portable MP3 players to HDTVs. A brief inspection of the Insignia stereo receiver left me cringing. It felt cheap, and its amplifier power rating was given at 1,000 hz and 1% distortion, or around 10 times what is considered acceptable for a good quality solid-state amplifier. In the future I hope to explore the Insignia product line for other standouts, but for now I’m happy to recommend these speakers to anyone looking for great sound at an unbeatable bargain price.