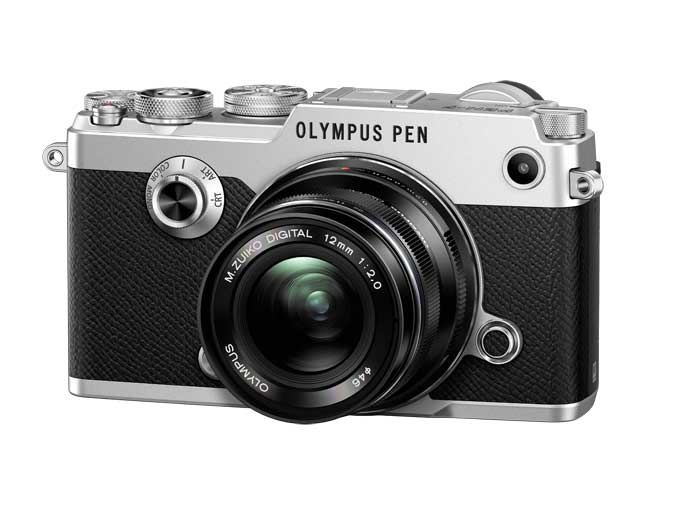 I recently took the new Olympus PEN-F to Italy and used it to take pictures in Turin and Venice. It’s a wonderful camera and I will be featuring it in a column coming very soon.

The PEN-F is not inexpensive at $1,199 for the camera body only, but if you love photography it is worth every cent.  It makes you want to go out and take pictures, and the beautiful design and finish make the experience even more pleasing.  From a tactile standpoint, it is one of the most satisfying cameras I have ever used.  It is the closest you will get to a Leica M rangefinder camera, without actually spending many thousands of dollars for an actual Lecia M outfit. 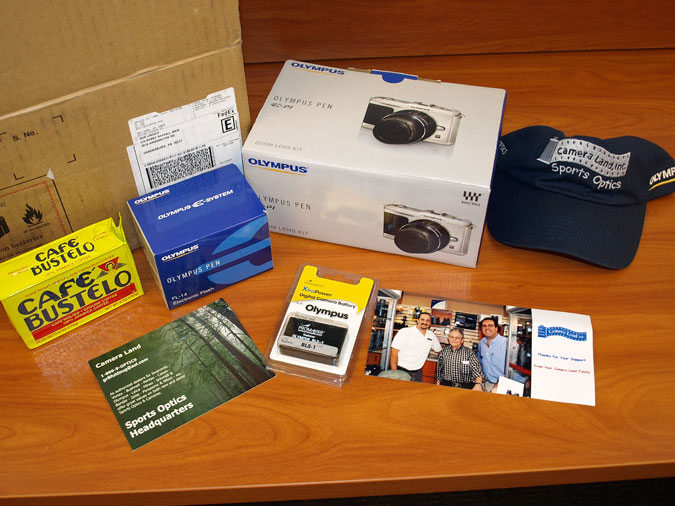 Using the PEN-F brought back memories of the Olympus PEN E-P1, the first Micro Four Thirds camera from Olympus. The E-P1 was a smash hit when it came out in 2009 and they quickly sold out everywhere.  The supply was so short that I could not even borrow one from Olympus for a few weeks to write a  review.  They just did not have any available at all!  I knew I would be buying one for myself anyway, so I just went ahead and ordered one.  Above, you can see my camera right after I unboxed it all the way back in 2009. I quickly fell in love with it and have been an avid Micro Four Thirds user (and recommender) ever since.

The E-P1 is quite primitive compared to recent Micro Four Thirds cameras, especially in terms of video and autofocus.  Despite this, the E-P1 is still a first-rate picture taker and it feels really great in your hands. It makes you want to take out and use it, which is one of the highest compliments I can pay any camera.

The PEN-F is the best PEN yet, with its 20 MP sensor, integrated viewfinder and thoughtful design.  I look forward to telling you more about it soon, but given that the PEN-F reminded me of my first experiences with the E-P1, I thought it would be fun to repost my original column featuring the E-P1.

Enjoy, and I look forward to telling you more about the PEN-F soon!

Q. My digital camera just broke and I need to replace it. What are you recommending these days?

A. In digital SLRs (single lens reflex cameras), I usually recommend Olympus and Pentax because of the excellent, affordable kit lenses and the in-camera image stabilization. If you are a very serious or professional shooter you are likely best served by Canon and Nikon SLRs, as they have the most advanced camera bodies and most elaborate lens selection.

Canon, Fuji and Panasonic tend to be tops in compact camera picture quality.

Think you might like something in between an SLR and a compact? If you are, then I have quite a camera for you.

The new Olympus E-P1 Digital PEN has taken the photo world by storm, selling out most everywhere and creating a frenzy of interest not seen in a long while. The E-P1 is a compact, live view, 12.1 megapixel camera with in-camera image stabilization and interchangeable lenses.

Part of its strong appeal is undoubtedly due to the beautiful, retro-chic design and stylish, solid-metal body that hearkens back to the original Olympus PEN cameras of many years ago. The E-P1 comes in a kit with either a 17 mm fixed lens or a 14-42 mm zoom lens that collapses into the camera body for easy carrying. I recommend the zoom kit for its flexibility and optical quality. Each kit sells for $799.

In terms of image quality, Olympus has knocked one out of the park. True to form, the kit zoom has outstanding optics and the camera features Olympus’ latest image processing and sensor technology. Pictures have tremendous detail and beautiful, accurate color; and the image stabilization and dust removal features keep things looking clean and sharp. Selectable Art Filters allow you to express your creativity with different styles such as Pop Art, Soft Focus and Pinhole Camera, among others.

If this isn’t enough, the E-P1 records high-definition 720p video at 30 frames per second in the familiar AVI format. The video looks excellent, though you can hear the lens focusing, and it is not quite as sharp as my 1080i Canon HF10 AVCHD camcorder. The E-P1 won’t replace a camcorder, but it will definitely let you record fantastic-looking HD video whenever you want.

The E-P1 does not focus as quickly as an SLR; so if you are shooting sports, you should look elsewhere. Micro Four-Thirds lens selection is a bit paltry at the moment, though my contact at Olympus has led me to believe that this will change in the future, and you can use regular Four-Thirds lenses with an adapter.

There is no built-in flash, so plan on picking up an external unit such as the Olympus FL-14, which sells for $99 when purchased with the camera.

This is one of those few products that largely lives up to the hype. I recently took the E-P1 on a long trip throughout the West Coast of the United States and Canada. I get to try a lot of cameras in a given year, and the E-P1 made taking pictures fun in a way I have not experienced in a long time.

Having the portability of a compact and the image quality of a top-flight digital SLR combined with the fun-to-use character and quality feel of a classic rangefinder is a knockout combination!