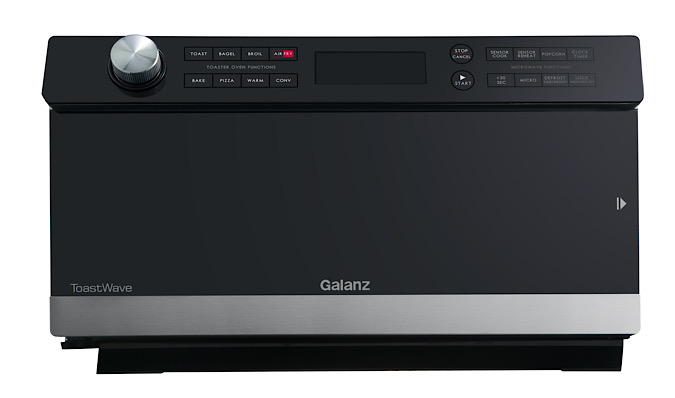 Q. I’m looking for a TV or monitor with good old Picture-in-Picture, and I am having no luck. It will replace my current 37-inch Vizio and I want to buy something in the 45 to 55-inch range. I don’t use the tuner and just need something with an HDMI input and an RGB input (for my computer.)

A. Picture-in-Picture (PiP) functionality is largely the domain of the cable/satellite set-top box now. I use DISH Satellite TV (and have since 1996) and my Hopper DVR allows me to watch 4 different shows at once. The set-top box directions provided by your cable or satellite company will walk you through it, and you should be able to find a PiP button on your remote or a setting in the menus as well. Play with it and you will figure it out.

RGB inputs are no longer common. If your computer does not have an HDMI output you will need to buy an RGB-to-HDMI cable, which sells for around $10.

Galanz ToastWave: Last year I wrote about a microwave that incorporated an air fryer. I gave it high marks because not only did it perform both functions well, having the air fryer with the microwave meant it got used more often since I did not have to pull out a separate appliance. It also saved precious countertop and storage space. The Galanz ToastWave takes it to the next level by including a toaster oven, making it perhaps the most versatile countertop cooking appliance I have ever seen.

The ToastWave is a 1000 watt, 1.2 cubic foot high-tech microwave that also operates as an air fryer, a toaster oven and a convection oven. That is a tremendous amount of functionality built into one box, and I can’t imagine anyone who likes to cook not loving such an appliance. I plan on testing the Galanz ToastWave soon and look forward to reporting more details.

The ToastWave can currently be found at bargain prices if you are a smart shopper. Normally $499.95, at the time I submitted this column I saw the ToastWave selling for as low as $299.95 on Amazon and at Bed Bath & Beyond. (As might be expected, Williams Sonoma is still selling it for $499.95, but that such a high-end store is selling the ToastWave is a testament to its quality.) Given the supply chain shortages you may want to hop on this fast if you want one, especially at $299.95.

EZORKAS Plant Grow Light: This gadget is sure to be appreciated by anyone who grows plants indoors. For under $30 it provides light from blue and red LEDs on four long, flexible wands, making placement and adjustment very easy. There are 9 different intensity levels and a timing function that will automatically turn it on for 3, 9 or 12 hours per day.

I bought two units and passed one on to my favorite plant biologist, who provided additional feedback to help with my evaluation. She was impressed by both the product quality and the functionality provided by the light. I was told that the plants use mostly red and blue light for photosynthesis and green is reflected, which is why they appear green and why the wands only have red and blue LEDs. The red and blue lighting is also somewhat subdued compared to white light, which makes it less obtrusive when it is on. The EZORKAS grow light is sold on Amazon, where it has a 4.7 out of 5 stars rating, with over 20,000 reviews.