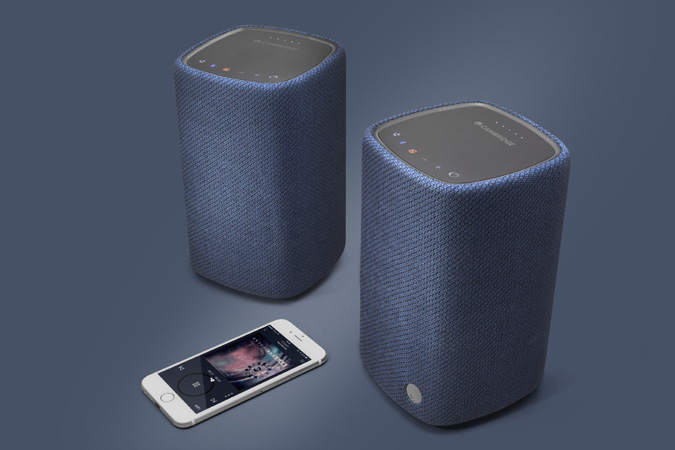 Second chance department: Nothing generates as much excitement among readers as when I uncover an exceptional deal on something highly desirable. These columns also generate a lot of incoming email, which starts with people writing to say how thrilled they are with the product and the price, gradually transitioning to emails of frustration from those who procrastinated or got the news too late, hence missing out. The recent columns featuring the Polk Audio LSiM speakers are a good example of this. Without a doubt though, the king of all excitement and frustration was the column about the Air 100 and 200 speakers from British hi-fi manufacturer Cambridge Audio.

In 2018 I wrote about these wonderful speakers, available at an unheard-of price, and they sold out in less than a week. Anyone who hesitated or read the column late missed out, and many of the first purchasers even went back to try and buy additional units after they heard their new speakers. To their credit, Cambridge Audio made a waiting list and imported more Air speakers into the United States from other parts of the world to fulfill the demand. After these speakers were gone, a newer model was offered at an attractive discount. Cambridge Audio really earned my respect by the way they handled the situation.

Well, everyone, hold on to your hats because we are doing it again. Cambridge Audio has another offer that maxes out the price/quality/performance equation, this time with their Yoyo Bluetooth speakers. All Yoyo speakers have the high-tech Balanced Mode Radiator (BMR) drivers that made the Air speakers sound so good, a lovely worsted wool finish by Britain’s Marton Mills, gesture control for touchless playback, and USB ports for charging your phone. The product packaging and tactile feel of the speakers tells you they are expensive, luxury-class product, and the sound quality confirms it.

The portable Yoyo (S) has a long-life battery and sold for $179 when it was introduced. It is small enough to take almost everywhere, but big enough to sound satisfying. The price was gradually reduced to $129 and is now only $99.

The Yoyo (M) is my favorite of the three Yoyo models. The M comes as a stereo pair of wireless, battery-powered speakers, which allows you to position them away from each other for true stereo separation and spaciousness. Selling for $349 at introduction, the price was later adjusted to $249 and is now only $149.

The Yoyo (L) is a full-fledged home entertainment system and does not have an internal battery. It uses multiple drivers facing in separate directions for room-filling sound and has HDMI and optical ports for use with a television. Once $399, it is now only $199.

Each Yoyo model accomplishes a different task and does it so well that you could actually make the case for buying one of each. That would come out to $427, which is only $28 more than the Yoyo (L) used to cost on its own. I contacted Cambridge Audio and they are holding the line on price until they sell out, but when they are gone, they are gone. If you are interested please do not wait. I would much rather get happy emails than frustrated ones! cambridgeaudio.com

Q. I tried to order an SJCAM SJ4000 action camera from B&H as you recommended, and unfortunately they are backordered. Do you have any other retailer recommendations that will guarantee I get a genuine SJ4000, not a counterfeit?

A. SJCAM now has an official US online store at sjcam.com. The SJ4000 is in stock there.