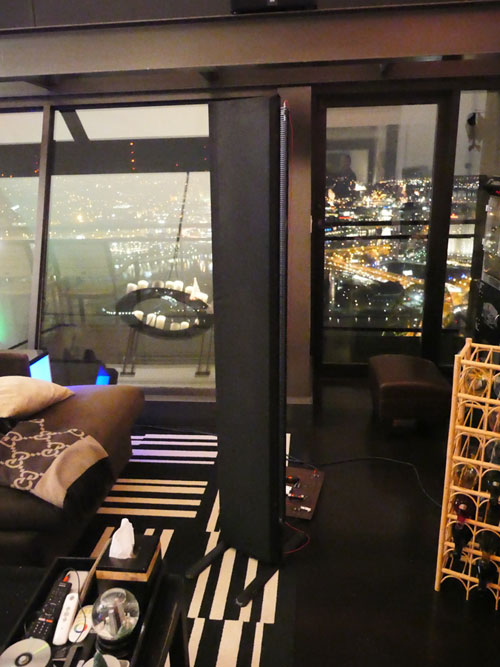 I recently attended a Magnepan focus group here in Pittsburgh, held by Magnepan’s Wendell Diller. The purpose behind the focus group was to evaluate a new Magnepan system, for which they are pursuing a patent. The idea was to create a system that performs like their flagship 30.7 ($29,000/pair) but in a much smaller form factor, courtesy of a crossover and a unique subwoofer system.

Small planar speaker panels crossed over to a subwoofer are nothing new, but the performance is often lacking. The transient and dynamic properties of a cone subwoofer are much different than a panel speaker, and the blending of the two dissimilar transducers is often unsatisfactory, notably in the critical mid-bass, which panels excel in reproducing. Magenpan’s new technology is intended to solve that problem. 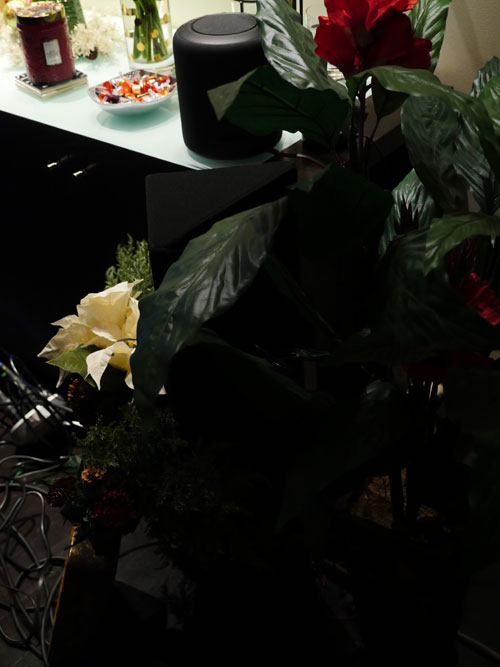 Above you can see the novel subwoofer design, hidden behind a potted plant.  (Look for the black triangle.) 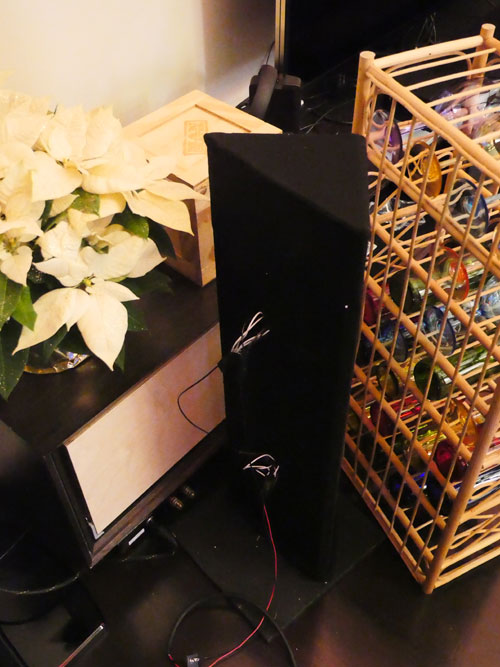 Here is a better look at Magnepan’s new subwoofer. 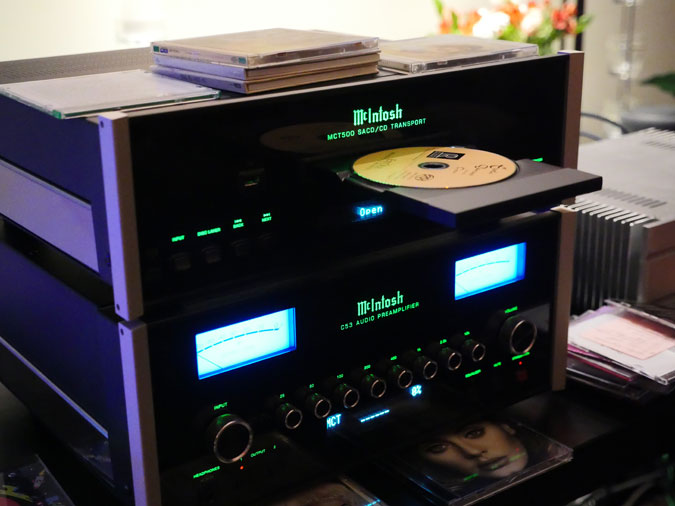 Butch’s Sound Shack brought some beautiful McIntosh gear for the demo.  Gotta get me some of those…

The big question (aside from what the “30.7 for condos” will cost) is, does it succeed? Wendell told us to pay particular attention to the mid-bass as he ran through several tracks. I have listened to many panel speakers in my home and the new design does indeed pull it off, and I never had the impression that I was listening to anything other than a large panel speaker.  The other attendees were similarly impressed, and other than the positive comments the big hubbub in the room was about what a production system would cost.

I give it a thumbs-up, though if they sell for $20,000-$30,000 like the 30.7s, the market will be limited. I hope they do bring the new design to market, and eventually it will filter down to lower price points. Magnepan LRS with a matching Magnepan sub? I’m in! 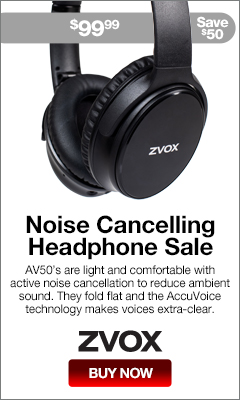