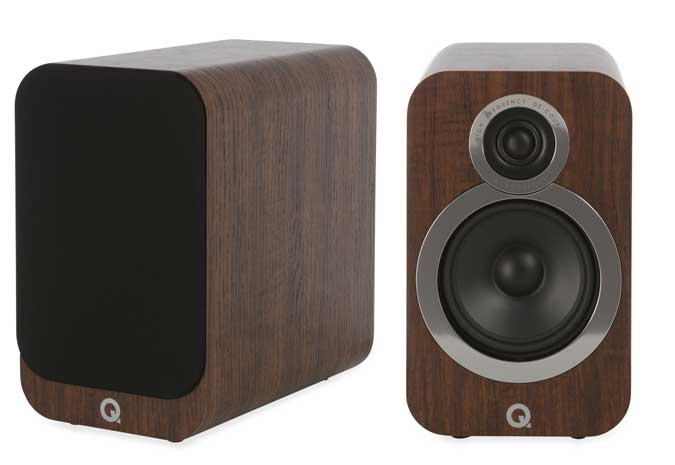 Q. Your travel camera recommendations are all too expensive for me. Can you recommend a pocketable camera with a long zoom that sells for under $300 that takes better pictures than a smartphone?

A. Actually, I can’t. A modern smartphone has much better picture quality than a $300 camera. The $369 Sony RX100 will take great pictures and provide the convenience of a shutter button, but with a short zoom range. The Panasonic DMC-ZS100 will do all you want, but it is $450.

Super speakers from Q Acoustics: When I wrote about the $100 Cambridge Audio Topaz AM5 amplifier deal I also suggested speakers and components that could be used to complete a system. I have another pair of speakers to add to the list, and they quickly became my favorite speakers selling under $300. Regular readers remember how I raved about the $399 Emotiva T-Zero towers months ago, and I did not think lightning would strike twice in the same year. Fortunately it did, because I have found a $299 pair of bookshelf speakers that are every bit as rave-worthy.

British speaker manufacturer Q Acoustics recently entered the US marketplace with a full line of speakers and soundbars, most of them very affordably priced. Their $299 3020i bookshelf speakers have been racking up awards and winning comparison tests lately, so I decided to take a pair for a spin.

The 3020i bookshelf speakers are small from the front, though quite deep, and use a special tweeter that combines a dome tweeter with a concentric ring tweeter. Available in four different finishes, I reviewed the 3020i in English Walnut and liked it a lot. For my listening tests I placed them on stands a few feet from the back and side walls.

Unless you are an audio enthusiast, you have probably never been exposed to a speaker this good. Audio reviewers are often accused of overdoing it with flowery language, and flowers are exactly what I thought of as I listened to the Q Acoustics 3020i because they make beautiful music bloom in your room. They have an uncanny richness and wonderful tonality that causes you to hit the back button on your CD remote because you want to hear the song again and again.

The Q Acoustics 3020i speakers combine the best characteristics of British speakers (outstanding 3-D stereo imaging, warmth, richness, and the ability to get your toe tapping with the music) and American speakers (an excellent sense of space, clarity, neutrality, accuracy, and the ability to rock and roll when you crank them up) into a tremendously satisfying whole. It seems paradoxical to have a speaker that sounds both warm and rich while being neutral and accurate at the same time, but they somehow pull it off. The speakers need about 10 hours of break-in for the bass to sound their best, but once they are broken in you will not want to stop listening.

At only $299, the Q Acoustics 3020i bookshelf speakers are one of the best values in audio. I have a review of their M3 soundbar in progress, and I hope to test their tower speakers as well. qacoustics.com

Trade war woes: A few months ago Emotiva made an announcement that they had to raise prices due to new tariffs on goods imported from China. A few companies have told me on the condition of anonymity that they may be forced to raise prices soon as well. If you are shopping for electronics you may want to buy now, especially with a new quarter starting in October.