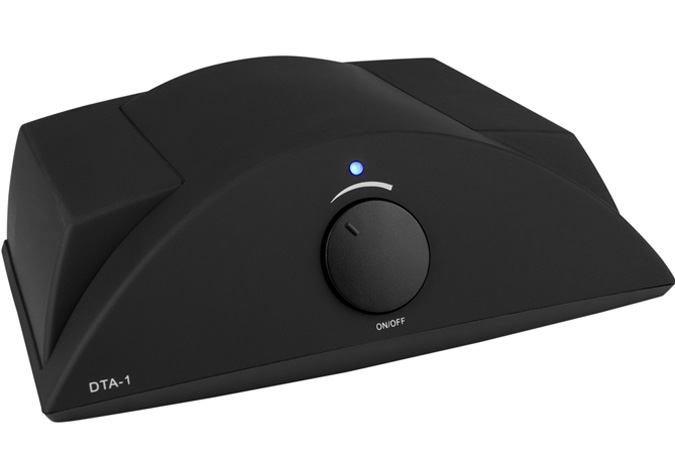 Q. I just received the $100 Cambridge Audio Topaz AM5 amplifier to use with my Emotiva T-Zero speakers. All is well, except it will only power one pair of speakers. I have a pair of outdoor speakers that we really enjoy when outside on the patio. Unfortunately, I assumed that the AM5 would have connections for two pairs of speakers. Is there an alternative to returning the AM5 and getting a different integrated amp that will power two pairs of speakers?

A. There is an easy solution that offers more control and convenience than powering two pairs of speakers from the same amplifier. You can buy the Dayton Audio DTA-1 amplifier for only $29 and connect it to the AM5’s record outputs with a stereo-to-miniplug cable. This will give you separate amp for the outdoor speakers, complete with its own volume control, playing whatever source you are playing with the AM5.

You can use this trick with any receiver or amplifier with a record or tape output.

Don’t let the 15-watt output, tiny size and low price of the DTA-1 fool you. It is quite competent and absolutely up to the task of driving your outdoor speakers to reasonable listening levels.

A. Some cameras have proven to have enduring appeal and spawn new models while staying in production. For example, the Sony RX100, first introduced in 2012, is now up to the RX100 Mk. VII, which sells for $1,200. The original RX100 is still available and can be purchased for $369, a far cry from the $649 price at its 2012 introduction. Though an older design, it has a large 1-inch sensor and is capable of making great images. It is pocketable, too.

For those who like the idea of the Panasonic LUMIX FZ1000 Mk. II but are held back by the $897 price, consider the original Panasonic LUMIX FZ1000. It is still available for $498 and shares the same great lens, image stabilization system, sensor and image processor as the Mk.II version. The downside is it does not offer quite as many 4K features, and the rear screen has lower resolution and is not touch-sensitive. The original FZ1000 is a compelling option for $399 less, but I would still try to get the FZ1000 Mk. II. I was really smitten with it, and would not change a thing.

Q. I was very interested in the Cambridge Audio Topaz AM5 integrated amplifier for $100, but I waited a little too long because when I went back to order they were gone. Is there anything else you would recommend for around $100?

A. The Cambridge Audio Topaz AM5 was sold out within about two weeks of the column first appearing, and I was gratified that they were not sold out before the column was published in all the papers nationwide. After the amplifiers showed sold out I thought they were gone forever, but Cambridge Audio notified me that they had several hundred more that were held up at port. The amplifiers are now back in stock for only $100 on both amazon.com and cambridgeaudio.com. When they are gone this time they are definitely gone for good, so if you want one it is best to act quickly.