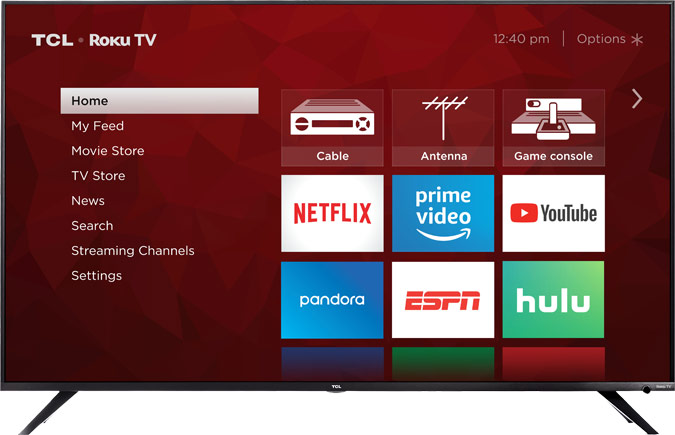 Q. What picture settings would you recommend for a TCL 6-Series television?

A. Typically I am unable to answer a question this specific because I do not have access to every make and model of TV. You are in luck though because after my very positive review of the TCL 5-Series televisions, I decided to review the 65-inch 6-Series. The 6-series has been touted as having a picture competitive with some of the very best televisions on the market, despite selling at a fraction of the price, and it is an enticing proposition. I will start by answering your question about the settings and then discuss the television itself.

You must adjust the settings for each independent input. This allows you to fine-tune the picture for each device you are using. When I reviewed the 6-Series I used the following settings with all the inputs: TV Brightness-Bright, Picture mode-*Normal, Picture Size-Auto, Local Contrast-High, Dynamic contrast-Off, Backlight-60, Brightness-50, Contrast-100, Sharpness-40, Color-50, Tint-50, Color temperature-Warm. These settings worked well with the built-in Roku, my DISH satellite box and the Panasonic DB-UP820 4K UltraHD Blu-ray player.

The 6-Series picture is pleasing and realistic, color is spot-on and the TV adapts itself perfectly to the source material. For example, I watched the 4k Blu-ay of DreamWorks/Illumination Entertainment’s Minions movie and the picture was ultra-sharp with bold, bright colors and high contrast that never looked overblown or overdone. Later I switched to the regular 1080p Blu-ray of the Steve McQueen classic, Le Mans. Despite its age, the film came to life on the 6-Series as it took you back in time to the famous race and its array of classic cars.

With an antenna, streaming sources and my DISH box providing the signal, the 6-Series repeated its fine performance. Feed it a great signal, and it will wow you. Feed it a lousy signal, and it is somewhat forgiving and won’t look hideous. The latter comment is a compliment because there is still a lot of poorly-produced and highly compressed television programming out there.

Finally, I never had any annoying picture defects get in the way. Even some of the very most expensive televisions sold today will sometimes display unrealistic color, blurring, graininess and unnatural motion due to the manufacturer’s special blend of picture processing. It can be very annoying when you are watching one of your favorite films and you see something that doesn’t look quite right. When I watched the 6-Series I never experienced those distractions. The Roku interface makes setup and operation easy, too.

Though many of my fellow reviewers sing the praises of the 6-Series, saying the picture is competitive with some of the very best and most expensive televisions, I am prepared to go a step further. It is simply is one of the best televisions on the market, period. Though pricier models may offer fancier styling, a better picture (sometimes) or more advanced features, it is not often that a television gets pretty much everything right. This television does, and to me, the word that describes the 6-Series is “balanced.” It has an easy-to-use remote and interface, a great picture with all program material and sources, makes very few technical errors, and is very satisfying to own, use and watch. It’s also affordable, with prices starting at $599 for a 55-inch up to $1,799 for the 75-inch. It’s hard to ask for much more from a TV that gives so much and costs so little.