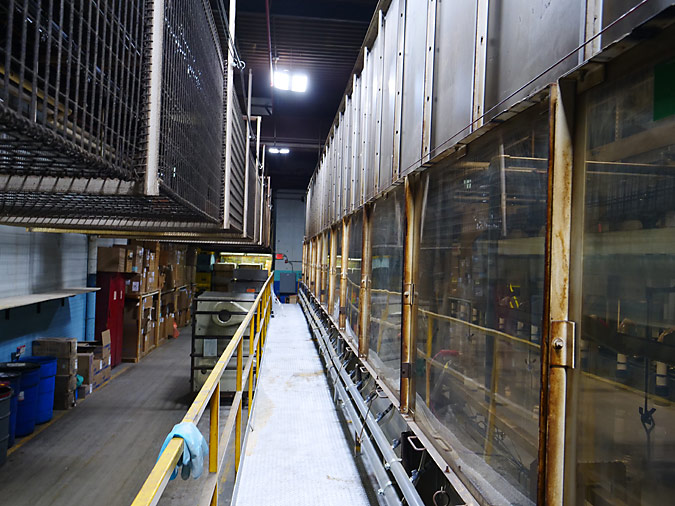 Now that you have seen how many of the finished parts are made, we can get into the final details of making the machine.  Behind the long window is a primer tub, used to prime parts that will be painted. Parts are lowered in at one end, submerged in the primer bath and then lifted out at the other end. 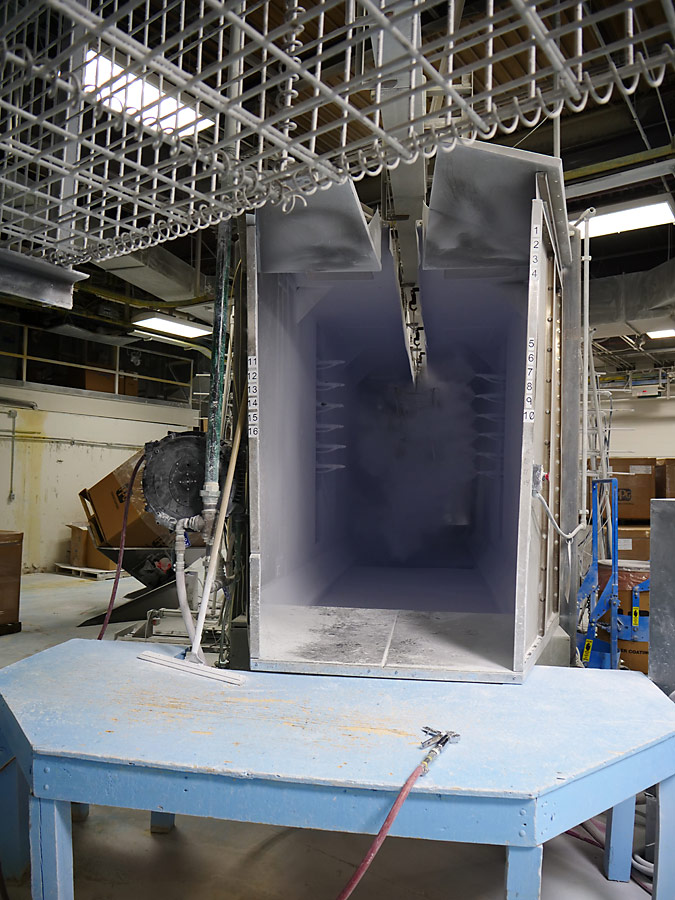 In my original Speed Queen review I complimented the fine, deep paint finish, which looked like it belonged on a luxury car. Here I got to see how the paint is actually applied.  Here is the spray booth where all the parts are painted. 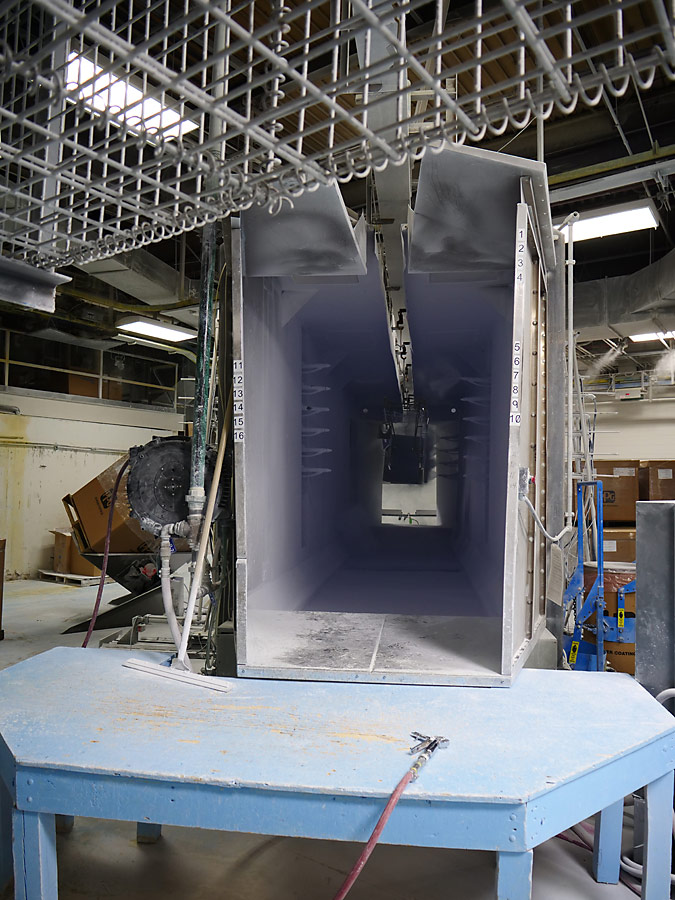 The parts are sprayed in several stages as they come through.  The finest PPG powder coat paints are used. In this photograph you can see a top-load washer lid starting to come down to be painted. 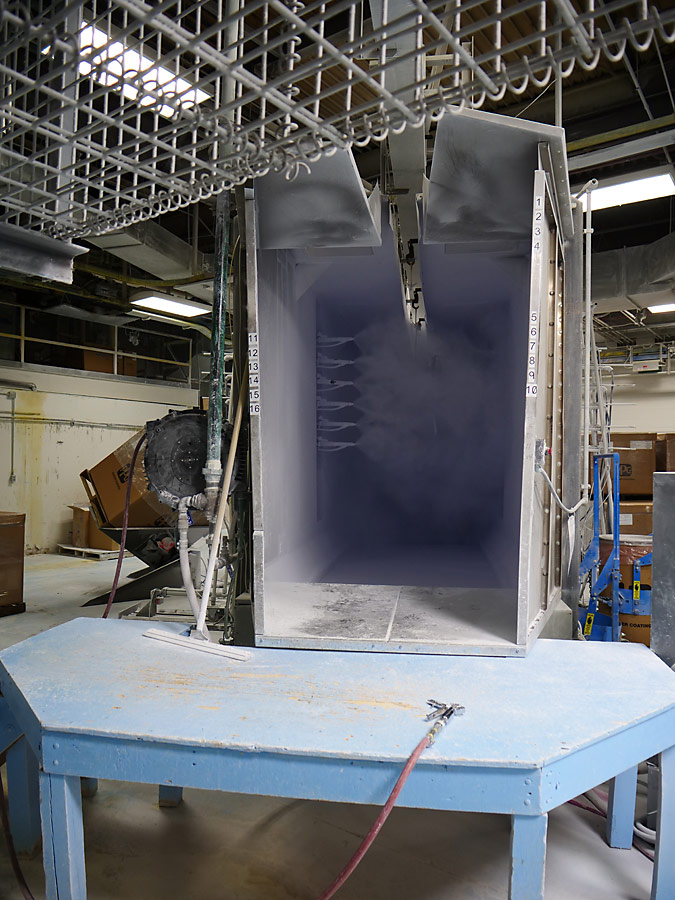 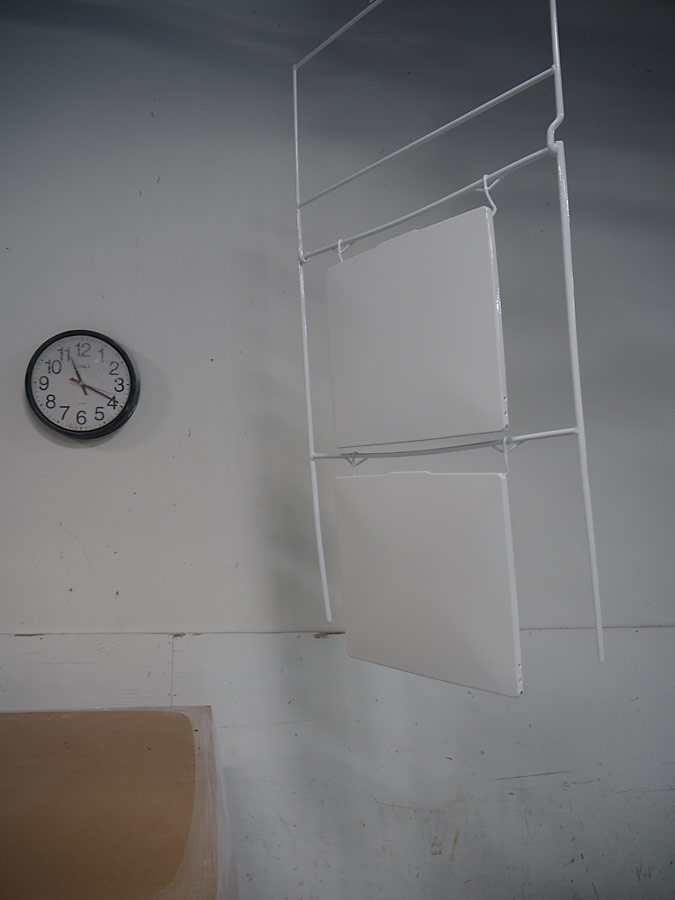 Now painted, the doors are on their way to the drying booth. 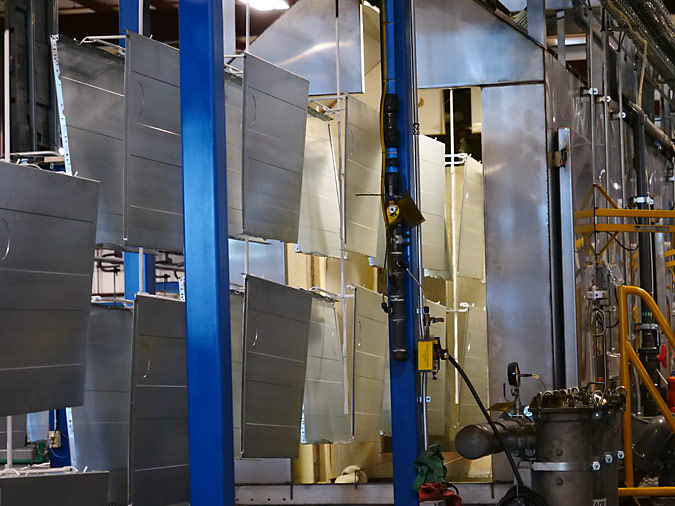 Once the parts are painted, they are baked to dry and harden the paint before moving on to the next step of the assembly process. 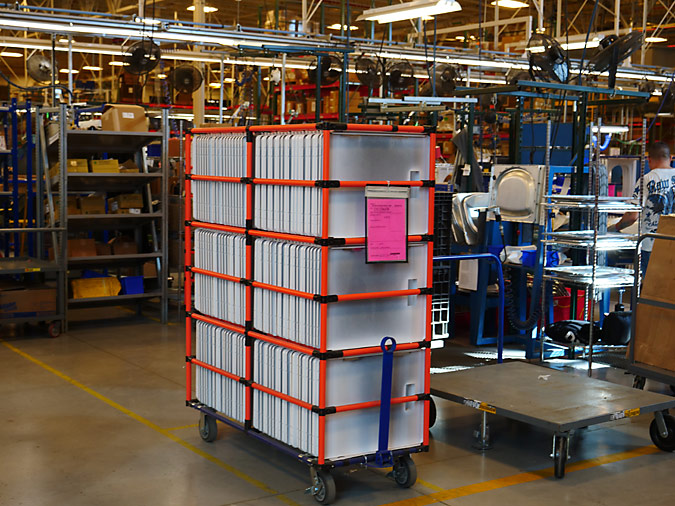 Here we see painted, finished parts on their way to final assembly. 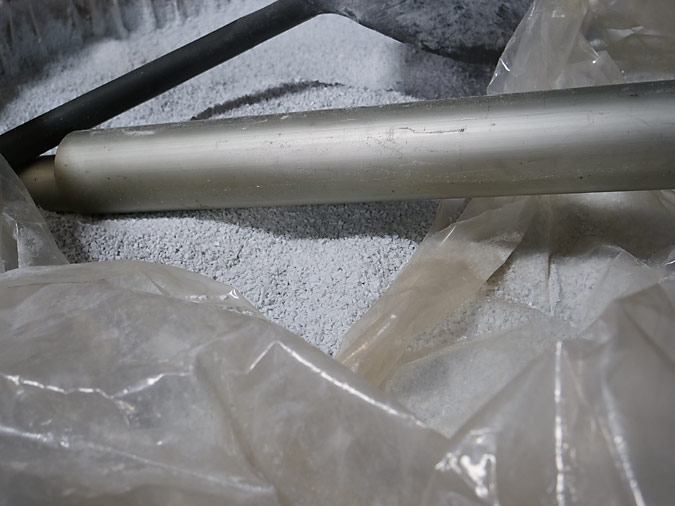 As I said early on in this feature, pretty much everything in the machine is made in-house, and that includes plastic parts. These plastic pellets will be melted and molded into parts used in the machines. 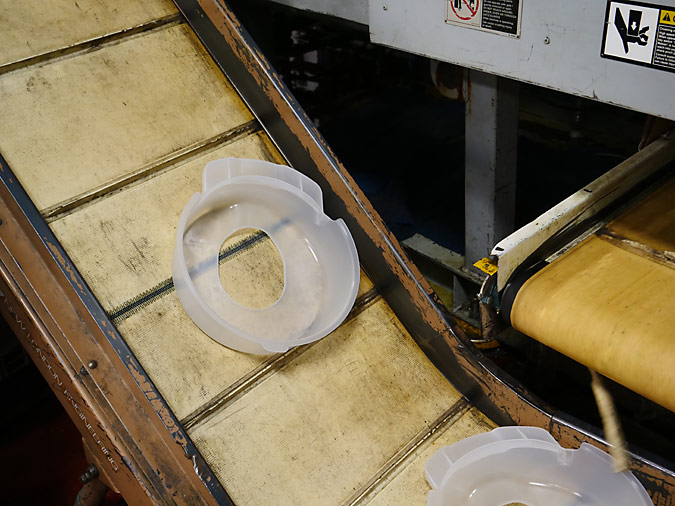 Think it is a toilet seat or bedpan?  Nope! This is a shipping brace, which is placed in the machine for transport and holds the instruction manual and accessories. I also saw agitators coming out of the machine when I was there. 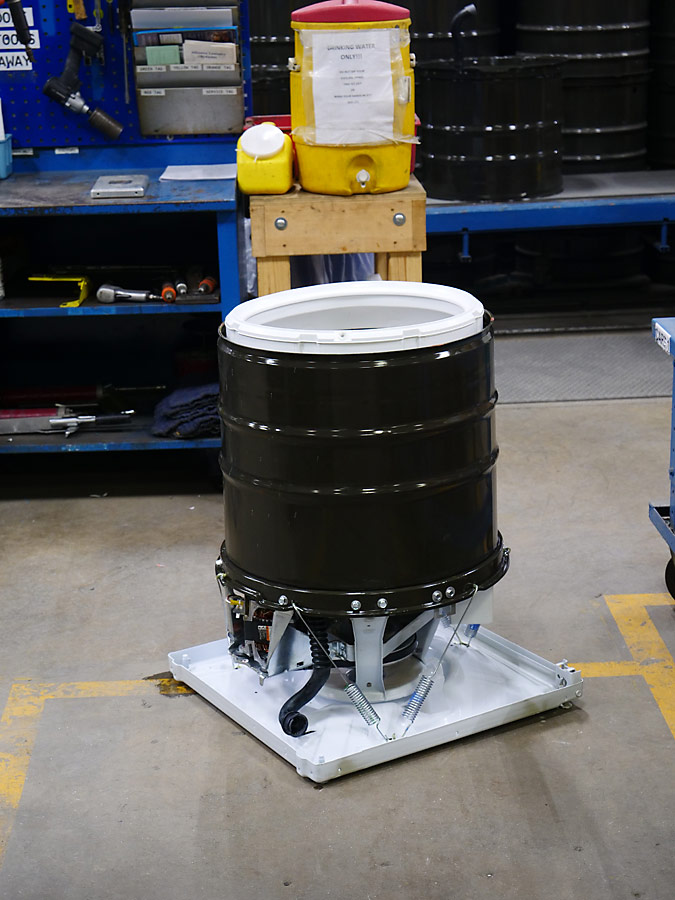 Putting it all together

Speed Queen commercial washing machines are built on a “milk stool” main support. You can see it holding up the tub assembly. 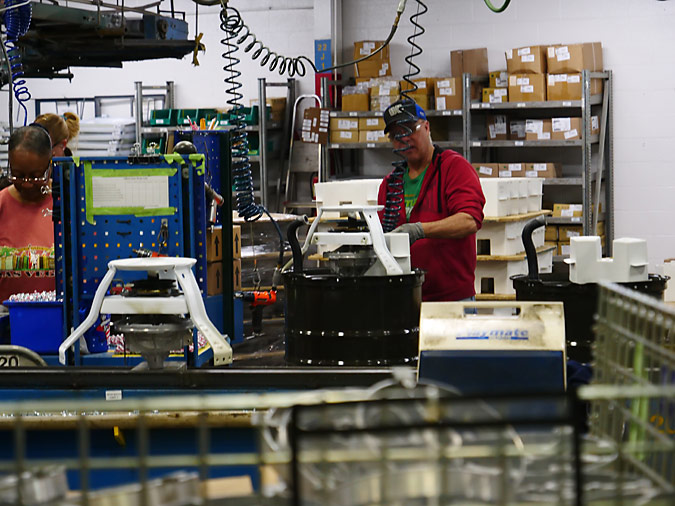 Here the milk stools are progressing along the assembly line and the wash tubs are attached from below.  One thing that was extremely impressive is the amount of hand assembly that goes in to the machines.  Though automation was present in a lot of places, if you buy a Speed Queen wash machine or dryer it will probably have the most hand assembly of any other electrically-powered device in your home.  I would not be surprised if it has the highest ratio of metal to plastic, either. 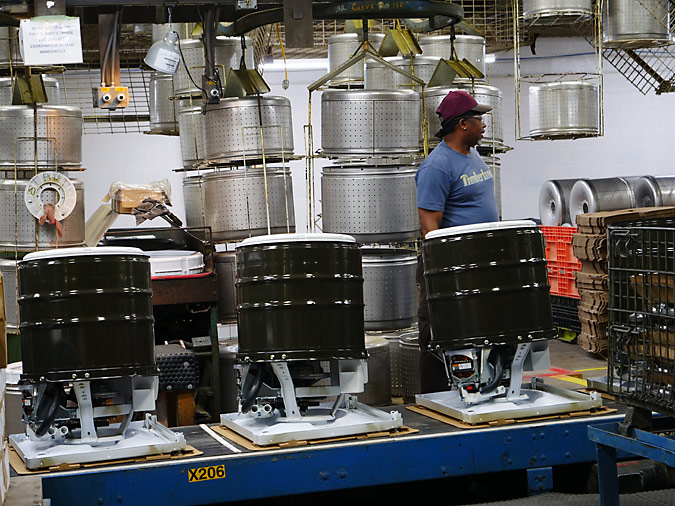 After completion by the workers, the assemblies are moved on for the next step. 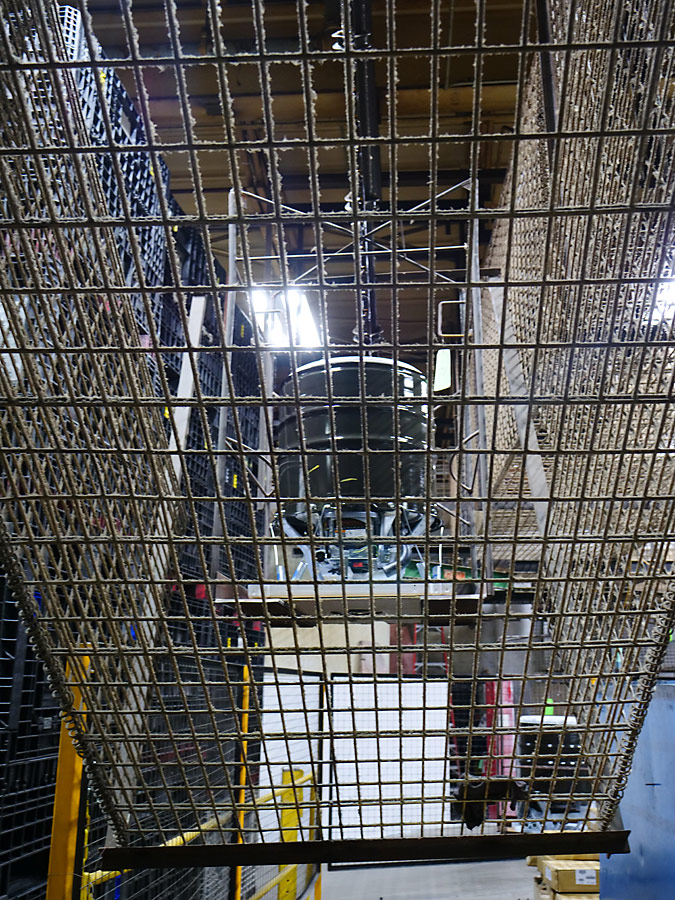 Another conveyor system moves the assemblies from place to place. 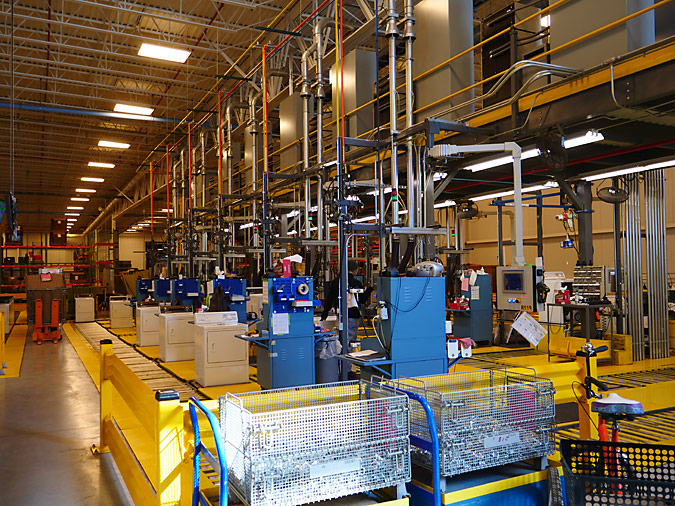 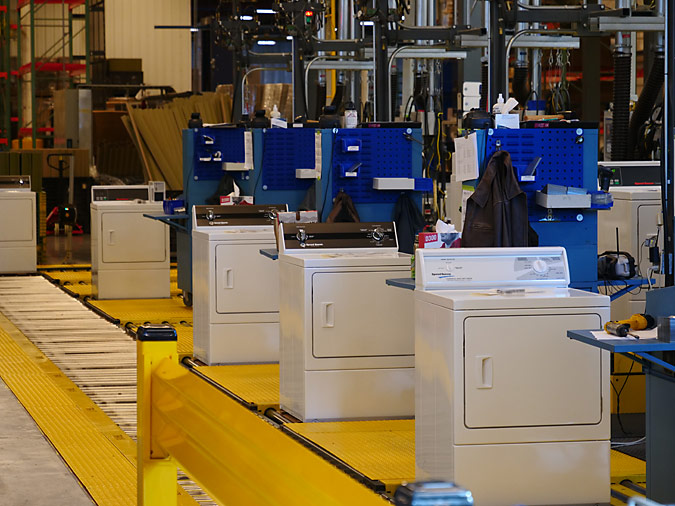 The workers were on break when I photographed this.  Typically they would be going over the machines doing the final quality checks. 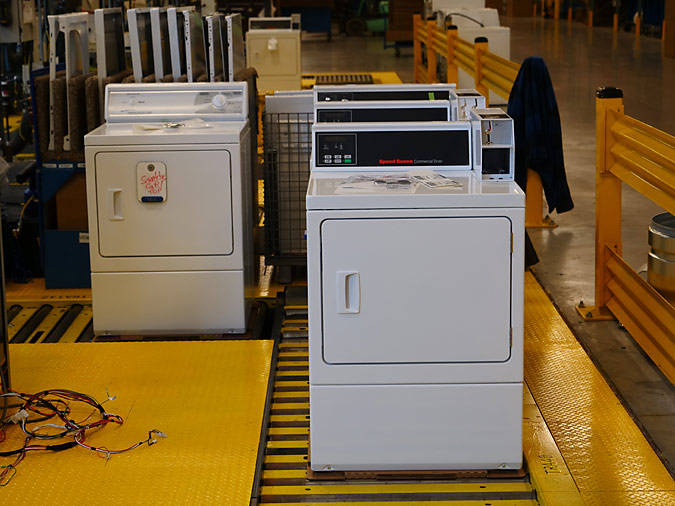 These machines didn’t make the cut.  The defects will be fixed and the machines re-tested before they are given the OK to be shipped. 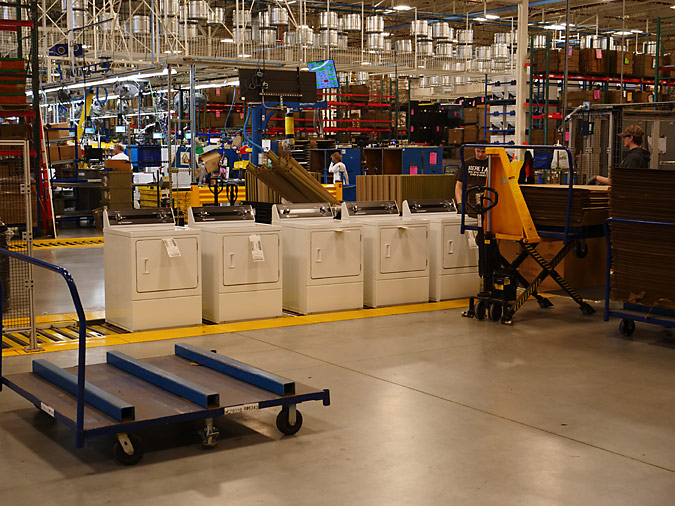 These machines did!  They will be boxed up and sent to the distribution center, which you will see later. (You don’t want to miss that part… it is incredible.)