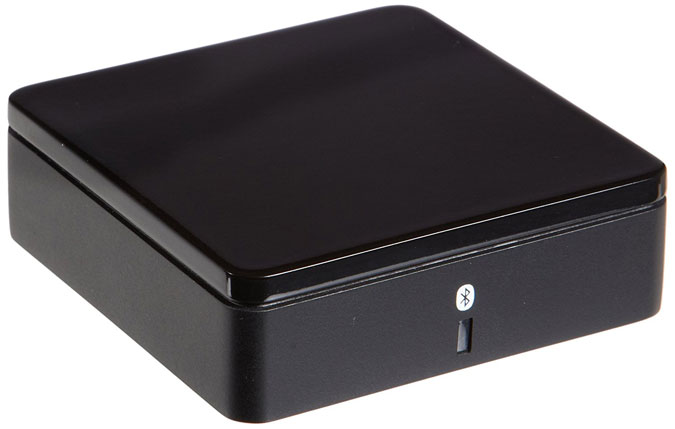 Q. I have a Neuhaus Laboratories T-2 tube amplifier connected to Martin Logan speakers. I need something that will receive Bluetooth music from my iPad and play it back through the amplifier. Do you have any suggestions?

A. The simplest and easiest way is a Bluetooth receiver connected to an analog input on your T-2 amplifier. The Amazon Basics model will do a decent job and only costs $20. It can be used to add Bluetooth capability to any audio component with an analog input.

That’s a nice amplifier you have, by the way. I recommended them for years and have one myself. Take good care of it, and hang on to it!

Q. Do they still make “stackable record players” where you can stack several records on a spindle, and they play one after the other for a continuous long play?

A. What you are thinking of is commonly known as a record changer. Decades ago when vinyl records were by far the most dominant form of music playback, record changers were common. They were usually found in stereo consoles and standalone, single-piece record players. There were also a few component record changers available, designed to be used with a Hi-Fi system. No audiophile worth their salt would be caught with a changer in their system though, and not only because the sound quality did not match up with a good single-record player. There were also concerns about record wear.

Crosley made a changer called the Stack-O-Matic up until recently. I don’t know of any that are still being made new today. Besides the sound quality compromises, a changer is a lot harder to engineer and manufacture than a simple record player and there is not enough market demand for it. If you must have a record changer, look for a Garrard component unit, preferably one that has just been served. Working examples typically start around $150 on eBay. BSR made a few models as well. They are not quite as good as the Garrards but they cost less.

Q. My wife and I just downsized/moved to a new home. Not new built but new to us.

In my old house I wired up a nice surround sound system for my TV. I used my Yamaha receiver, three front speakers, two rear speakers and a subwoofer. All speakers are Infinity. Everything was wired through my crawlspace and sounded good.

The new house is one story and on a slab making wiring very difficult. Plus the Yamaha with my large KEF audio speakers is physically too big for the living room. (I have other plans for those.)

So, I did a little research and came across the Nakamichi Shockwafe Elite system that includes a center soundbar, two 8″ wireless subwoofers, and two rear speakers. The cool part is the rear speakers then plug directly into the wireless subwoofers. Voila! San Jose, CA Rear speaker without running cable. They tout the two subs as giving better bass distribution. So, needless to say, Nakamichi is not cheap and sells everywhere for $799.

Do you know anything about this system? Do you have any other suggestions?

A. I have not heard this system, but after receiving your email I did some research and it does seem to be the real deal. If you have a healthy budget for a surround system and want something that is soundbar-based, the Shockwafe looks to be a winner.