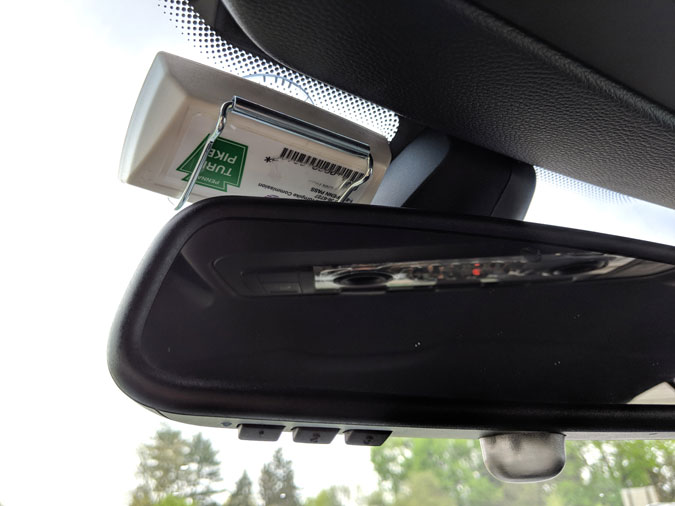 Q. I saw your review of the VicTsing FM Bluetooth car adapter, which adds Bluetooth call capability to older cars that do not have handsfree functionality. I bought the newer model, the one without buttons, and it ties up Siri so I can’t use Siri at all when it is connected. What about the older model, does it do the same thing?

A. With my own VicTsing Car Bluetooth FM Transmitter (the one with buttons) holding in the home button on the iPhone activates Siri. I suggest returning the one you have for the one I reviewed, the T11. The T11 has forward and back buttons, a volume knob and an answer call/redial button. There are also two USB ports, one of which offers 2.1A fast charging and a memory card slot for playing back music. It’s a real powerhouse for only $16.99 on Amazon.

I have learned from experience that the newest version of a gadget is not always the best one and whenever a manufacturer removes buttons, be cautious. It could be more a case of cost cutting rather than trying to make the product better. Given that automotive devices should be operated by feel so you do not have to take your eyes off the road, I think buttons are extra important.

While I am on the subject of inexpensive devices that enhance the driving experience, I came across a very simple, inexpensive item I have really come to love, the JL Safety EZ Pass-Port.

One of the reasons it took me so long to get an E-ZPass is because using one usually requires attaching it to the windshield with ugly-looking, heavy-duty white Velcro. I think it looks bad and I don’t like sticking anything permanent to the interior or exterior of the car. I am particular about keeping my cars original and will not do anything that could mar the interior or exterior finishes.

I finally broke down and bought and E-ZPass, figuring I would just keep it in the center console and hold it up to the windshield whenever I went through a toll plaza. After I bought the E-ZPass I had a hunch that there had to be a better way, and did a web search looking for something to hold it in place without the Velcro.

My search yielded the JL Safety EZ Pass-Port, selling for under $10 online. The EZ Pass-Port is a metal clip attached to a heavy duty suction cup that holds the E-ZPass very securely with no wobble whatsoever. It works with both old and new style E-ZPass transponders.

Once the suction cup is stuck to the windshield it stays there pretty much indefinitely. The first time I stuck the EZ Pass-Port to the windshield up by the rear-view mirror, it stayed there without falling for almost 5 months, at which point I took it down to put it in another vehicle. It has been in that car for over a month now without needing to be reattached. So, its performance has been absolutely perfect. Since I have three cars registered to my E-ZPass transponder it has proven to be an ideal solution to moving it from car to car, and I avoided that nasty Velcro.

Why more people do not use the EZ Pass-Port rather than the Velcro, I don’t know. Perhaps they do not know it exists. Well, now you know! The EZ Pass-Port really should be sold wherever E-ZPass is sold, so if you are a vendor, take note.