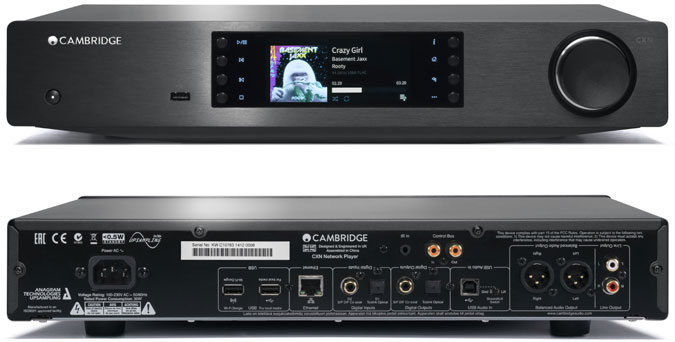 Q. Recently I updated my stereo with new speakers, amplifier and preamplifier and it sounds terrific. With every upgrade has come a big increase in sound quality, and though I have spent almost $10,000 it has been worth every penny. The last step is to upgrade my digital gear. What would you recommend for a CD player, network player, and something to play the music on my computer? I only have two open audio inputs on my preamp so I would like to limit it to two components if possible.

A. When I read your question the answer came to my mind immediately, and it only requires one audio input. It is a product that has met widespread critical acclaim and should fall right within your budget, given how much you have spent so far.

The Cambridge Audio CXN Network Player can do it all. Though it is marketed as a network player for playing music from the Internet, it can do much more and it does it all with high-end sound and high-end flair.

The CXN can be connected to your network either wirelessly or through Ethernet. It can then play music from Spotify, Internet Radio, Apple AirPlay, and other sources. A color screen displays program information, and tuning stations from all over the world is simple and intuitive, using a single knob. Local news in St. Petersburg, Russia? No problem. Easy listening music from Germany? Yours with a twirl and press of the dial.

If your computer is on the network and active you can set it up to play your computer files, too. If you rip your CDs into a lossless format then you can easily access your entire CD collection with no degradation in sound quality.

The CXN also has digital inputs. Connect the digital output of your CD player to the CXN and the CXN will act as a digital converter to get you the sound quality of the latest high-end CD player. That is because every digital signal that comes through the CXN is processed with ultra high grade digital and analog circuitry to produce impeccable sound, no matter the source.

The Cambridge Audio CXN is priced at $999, which may seem expensive at first but actually represents fine value. I’ve seen digital converters with similar specs priced the same as the CXN, but without the network audio capability. I’ve seen network music players priced twice as high as the CXN, but lacking the digital inputs. To get it all in one beautiful, easy-to-use component for under $1,000 is why the audio press adores the CXN.

Q. I read your column about playing CDs in a car that lacks a CD player, but has a USB drive. Why not just use a $25 external USB CD/DVD drive and play your tunes through the car’s system?

A. External USB CD drives are meant for computer use and the port is only for data. They also require drivers that are either part of the computer’s operating system, or are installed as part of the setup process the first time the drive is used. External CD drives also require more power than a car’s USB port could provide, and they do not have the built-in buffering found in CD drives designed for use while they are in motion (like a car CD player.) I like the way you think in coming up with this idea, it certainly seems like an Alexander-like solution to this Gordian knot of a problem. I wish it were all that simple! 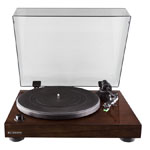