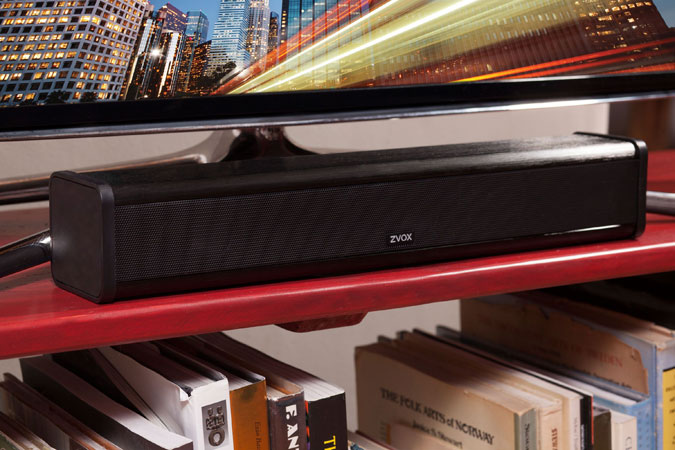 Q. In our bedroom we currently have an old CRT TV connected to a digital converter box and rabbit ears. I have noticed that picture quality is much better with the converter box than it was when we used the antenna directly with the TV (before everything went digital.) It also does a better job getting a signal. Without the converter we were always fussing with the rabbit ears whenever we changed channels. Not anymore!

A friend told me that new flat screen TVs can receive our local broadcast channels over-the-air without the converter box. Can you confirm this? My converter box can also tune sub-channels used for networks like ION, the CW, QVC and others. Will it get those too?

A. Yes, any new flat panel TV will have a digital tuner so you won’t need a converter box, just the antenna. This is a good time for me to talk about how great digital broadcasting is, and even when you have cable or satellite it is not a bad idea to have a small antenna connected to your TV as well. You can use it to get some extra programming for free.

As you mentioned, it is much easier to tune digital signals than the old analog broadcasts and when you tune a digital station, you will receive it perfectly. The picture quality from broadcast HDTV is not compressed in the same way as cable and satellite signals so you get even better picture quality. If you are happy with the improvement made from your converter box when it was connected to your old TV, prepare to be blown away with your new flat panel. You will be watching high definition television in its full glory.

Besides the better picture quality, as you have noticed there are many sub-channels you get only with an antenna and not with cable or satellite. Some of them have some fun, interesting programing. I once saw a marathon run of the 1966 Green Hornet TV series on one of these sub-channels, all in high definition. It was a real treat because I have always been interested in the series and it still hasn’t been released on DVD or Blu-ray.

New ZVOX AccuVoice TV Speaker: I’ve had a lot of positive feedback regarding the new ZVOX SB400 and ZVOX SB500 soundbars, which sell for $499 and $599, respectively. They are wonderful products and great values, but they may be overkill for television watchers who simply want to hear and understand TV dialogue clearly. As I have said many times in the past, poor television sound and unintelligible dialogue are by far the most common topic of correspondence sent to this column. Following up on their soundbar success, ZVOX is introducing a new product that solves the TV sound problem with a much smaller speaker selling at a more affordable price.

The new ZVOX AccuVoice TV Speaker looks like a much smaller, squarer version of the smash-hit SB400 and SB500 soundbars. It uses the same technology found in the best hearing aids to lift voices out of the background audio, making dialogue much easier to hear and understand. Overall television sound will be much better as well.

The ZVOX AccuVoice TV Speaker will sell for $249 with deliveries starting in September. Discounts and promotional offers are available for those who preorder. Go to http://tinyurl.com/zvoxpreorder to learn more and read an excellent, illustrated explanation about why modern television sound is so very bad.