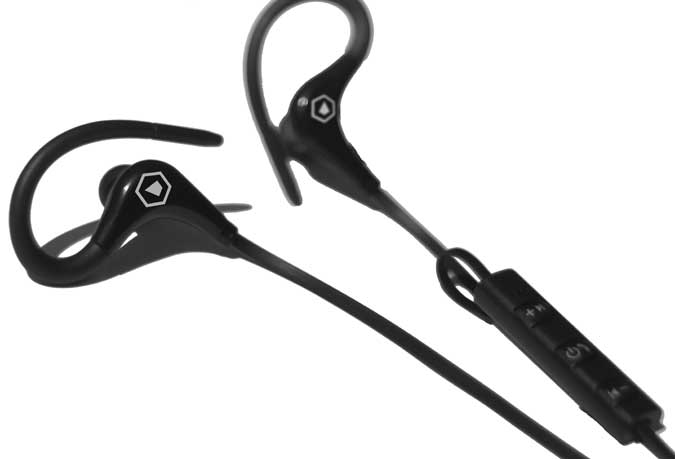 Modern Portable HiFi Pro Sport earphones follow-up: I recently received a handful of emails from readers expressing disappointment with the sound quality from the Modern Portable HiFi Pro Sport earphones. I checked Amazon and the reviews were either 5 stars and purchasers were very happy, or 1-2 stars and they were disappointed. There was no middle ground at all. The negative responses were both concerning and surprising, and some of the emails I received really stung. Not only did the earphones not sound good, they actually sounded BAD.

No product is perfect for everyone, but such a polarized reaction is extremely uncommon. Unfortunately I had already returned the review unit, so I was unable to have a third party order a new unit on my behalf (so I could snag one anonymously) and compare the review sample to what people are actually getting.

I was pretty upset when I contacted the manufacturer about all this. When I recommend something, I expect the product the customer receives to sound as good as the sample I tried for myself.

Modern Portable was very forthcoming about the situation. They said they had received some defective units in the first shipment and were working to resolve it. They also mentioned there were potential Bluetooth sound quality issues with certain Android phones, due to the phone’s Bluetooth implementation, not the product itself.

This isn’t the first time I have seen something like this. Not long ago I wrote about how Dayton Audio got some B652 speakers with bad tweeters. Pioneer also had Bluetooth problems with some samples of their TV speaker base. In both cases, the manufacturers identified the problem, owned up to it and took care of the customers.

While this took away some of my concerns, I felt better after an email exchange I had with reader Gary Soots of Moraga, CA. He initially wrote to me expressing his displeasure, and mentioned he had taken advantage of the two for $35 offer.

The next day I received an email from Gary stating, “I told you that I bought two of their headphones based on your recommendation, and that I was not happy with the pair I tried. After you said they might have a solution to make them sound better, I decided to try the other pair which I had not even bothered to open. They were MUCH BETTER! Trust me, it’s not my imagination – I went back and forth listening to each pair using the same music source. There is a distinct difference in the sound quality of the two sets of headphones. Especially when considering the affordable price and Bluetooth convenience, I am totally satisfied with set #2. I’m not sure it’s worth my time, effort or money to mail back set #1. If MP has a solution to make them sound better, I’m all ears!”

Gary is an iPhone user so a defect was definitely the culprit for unit #1. A few days later he sent me a note saying, “… the replacement headphones arrived today and they sound fine. Thanks again.”

Given the wide swing of opinion that they are either lousy or great, it seems likely they got some bad product in their first production run. Modern Portable said audio plays a big part of their future plans, and promised they are going to get this right. I will be following the situation closely. If you ordered the earphones and the sound is poor, contact the manufacturer to get help.